If you are a green European that likes to play music in the shower a new radio called H2O Shower Powered Radio has surfaced. The radio connects to your shower hose and uses the flow of water to charge its internal battery for playing. 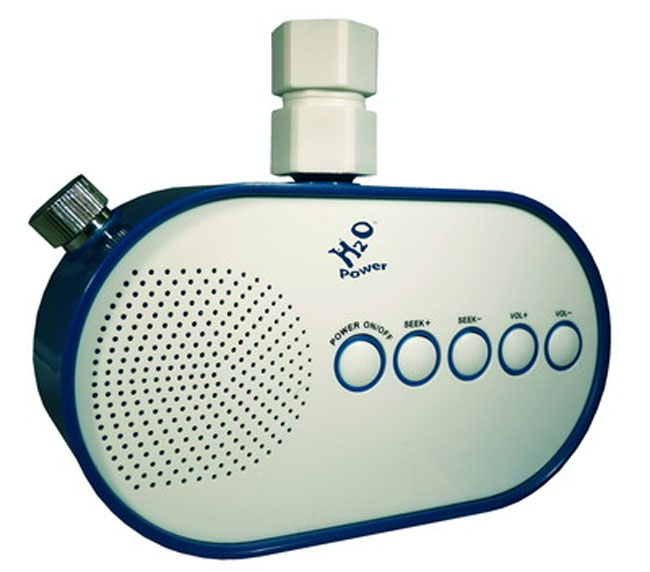 The radio has a H2O micro turbine that is spun by the water coursing through the case and that spinning in turn powers a generator that charges the battery for juice. I wonder how long you have to shower to generate the power needed.

The maker claims that it is compatible with 99% of the showers out there. The catch is that I have never had a shower that will work with this radio. Perhaps showers in Europe commonly have hoses. The water pressure isn’t supposed to be affected by the radio. It sells for £34.99.