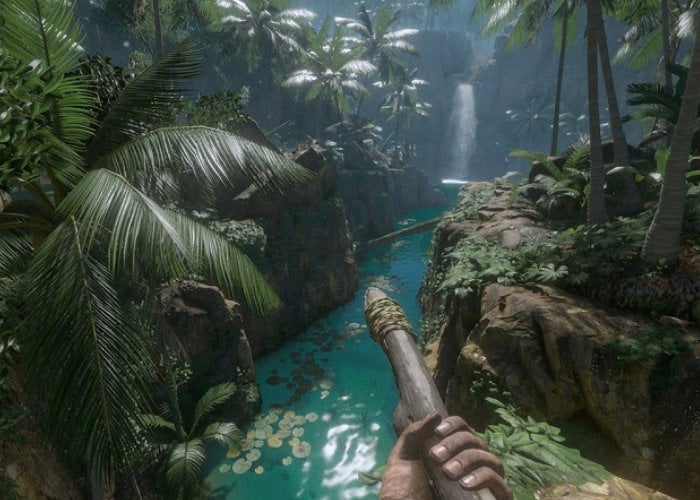 The development team at Creepy Jar, responsible for creating the jungle based survival horror game Green Hell of this week announced the game will be receiving VR support. A partnership deal has been signed with Incuvoto develop and publish a virtual reality version of the game. The development team at Incuvo have been responsible for creating other VR ports including the popular horror game Layers of Fear, which received virtual reality support back in late 2019. Incuvo will also focus on the games marketing, distribution and release of the game on VR platforms.

“Green Hell is a survival simulator set in a unique explorable open world of the Amazon Rainforest. The goal of the player is to survive in this harsh and uncharted environment. To achieve this, they must learn survival techniques and manage the available resources. The game faithfully recreates the dangerous conditions of the Amazon Jungle. The player will have to face their own weaknesses, as well as hunger, thirst, fatigue, wild animal attacks, tropical diseases and deteriorating mental health.”

For more information on the independent games development company Creepy Jar and their creations jump over to their official website by following the link below.

“Creepy Jar is an independent survival simulator games developer based in Warsaw. The Core Team is made up of former Techland employees, all of whom held supervisory positions in game production. Years of experience and industry know-how, as well as partnerships with the best specialists on the market, allowed them to co-create some of the most well known games in the world: Dying Light, Dying Light: The Following, Dead Island, Dead Island: Riptide, Call of Juarez: The Cartel, Mad Riders, Nail’d, GTI Racing and Xpand Rally Xtreme. In 2015, the team decided to found their own design studio. At that time, the team was joined by other industry veterans, including former Techland and Flying Wild Hog employees, who co-created Shadow Warrior, Shadow Warrior 2, Hard Reset, Juju, The Witcher 2, Silent Hill: Downpour, Bulletstorm, Sniper Ghost Warrior 2 and Dogfight 1942.”