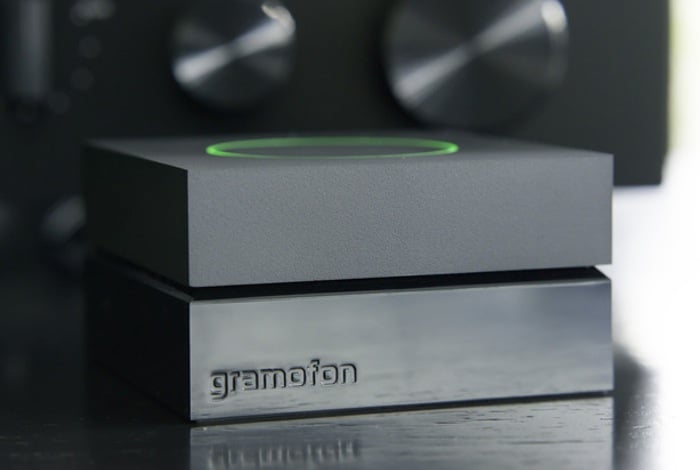 Anyone looking for a convenient way to play their cloud music on an older sound system might be interested in a new device that has been created to do just this called the Gramofon Cloud Jukebox.

Gramofon connects through your wireless network, allowing you to connect it to your existing stereo. Your laptop or smartphone doesn’t need to be plugged into a stereo or “tethered” to it by Bluetooth for the system to work.

The Gramofon Cloud Jukebox project is currently over on the Kickstarter crowd funding website looking to raise enough pledges to make the jump from concept to production, Fon explains a little more:

“Gramofon is the easiest way to get your music off of your phone and onto your sound system. Solo, or with friends. Since WiFi means you can have many connections, with Gramofon you can have multiple people controlling your music together.

Gramofon comes from the team behind Fon, the world’s largest WiFi network. The essence of Fon is people sharing WiFi with each other, and we have reached almost 13 million hotspots around the world doing just that–crowdsourcing WiFi.

Gramofon does not depend on Bluetooth so your music doesn’t cut out when you leave the room: WiFi isn’t limited to a few feet of range, so your phone does not have to stay on the dance floor. The music plays on because it streams directly from the Gramofon. “

So if you think the Gramofon Cloud Jukebox is something you could benefit from, visit the Kickstarter website now to make a pledge and help Gramofon become a reality.