GoPro has been busy the last few weeks unveiling new accessories for its really cool line of small camcorders for sports fans. The last time we talked about the company it had just unveiled the new LCD BacPac for the Go Pro HD Hero camera. Today GoPro is back with a new camcorder accessory called the Battery BacPac. 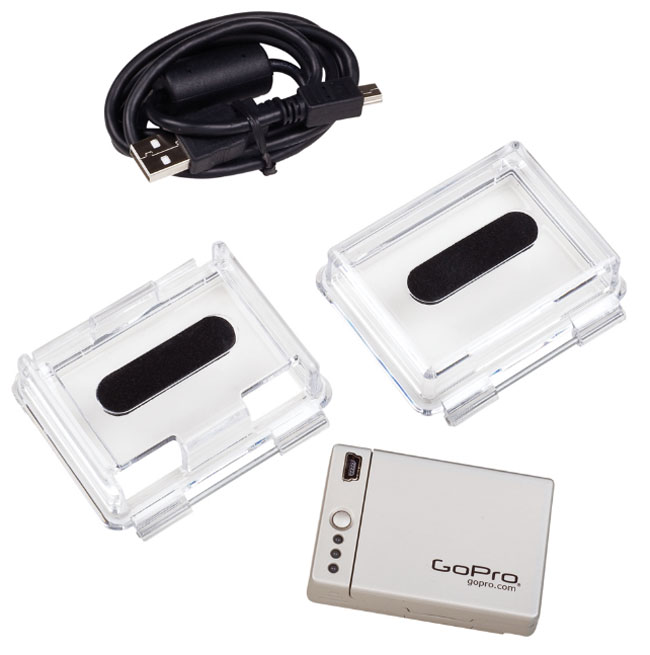 The accessory is a small battery pack that slips into the expansion port on the rear of the HD Hero cameras. The battery extends the run time of the device significantly with 2 times the record time with the battery installed. The battery pack has 1100mAh of power inside and ships with two doors for the camera housing.

The doors include a waterproof door and a skeleton door. The skeleton door is for recording inside the vehicle or in places where water is not an issue. The battery is available as of right now and can be purchased for $49.99.