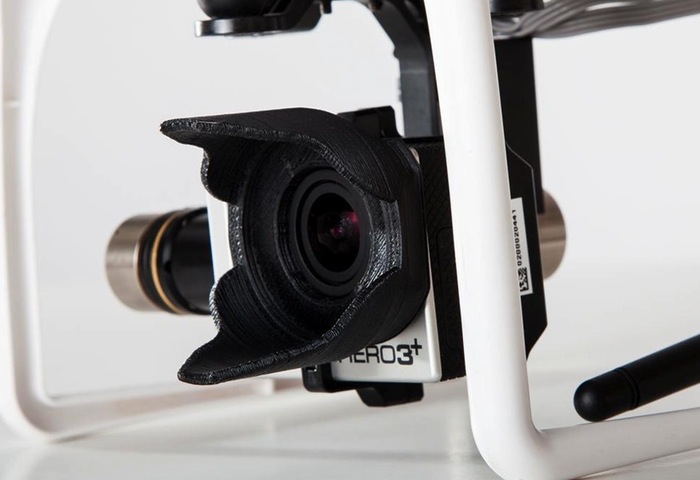 GoPro users that would like to include less J.J. Abrams effects on their recordings and cut out a little of the lens flares from their GoPro action camera footage. Might be interested in a new GoPro Eclipse lens hood designed by Oncore Designs.

The neat Eclipse Lens Hood has been specifically designed for the GoPro action camera enabling those of you who would prefer to have less lens flare to record footage with confidence.

Oncore Designs has created the Eclipse Lens Hood to allow users to capture footage while facing a light source as well as preventing light from hitting the lens at extreme angles.

The new lens hood attaches directly and securely onto GoPro Hero3/3+ cameras and weighs approximately 8grams and accepts a 37mm lens filter whilst providing additional protection for the lens. Watch the video below to learn more about the GoPro lens hood and see how it attaches to your GoPro camera.

“Oncore Designs is pleased to present our installation tutorial of the Eclipse Lens Hood for the Hero 3+ Housing. In this video, you will see a first hand view of Eclipse Lens Hood ELH3+H being installed onto a GoPro in a few easy steps.”

For more information on the new GoPro Eclipse Lens Hood jump over to the Oncore Designs website for details and stockists.