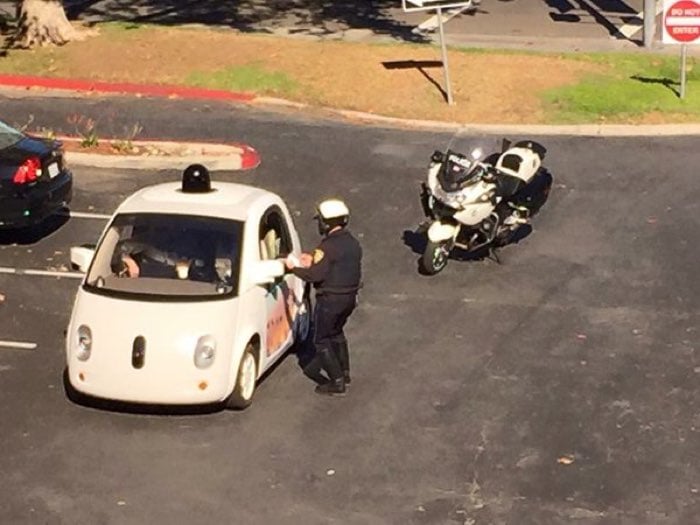 Google’s Self Driving cars have their speed limited to 25 miles per hour and now one of Google’s autonomous cars was recently pulled over by the police for going to slow.

Google shared the photo above on Google+, luckily the self driving car was not given a ticket for going too slowly.

We’ve capped the speed of our prototype vehicles at 25mph for safety reasons. We want them to feel friendly and approachable, rather than zooming scarily through neighborhood streets.

Like this officer, people sometimes flag us down when they want to know more about our project. After 1.2 million miles of autonomous driving (that’s the human equivalent of 90 years of driving experience), we’re proud to say we’ve never been ticketed!

We wonder if Google’s self driving car will ever get a ticket from the police, we suspect if it does it will be when someone is driving it rather than in self driving mode.