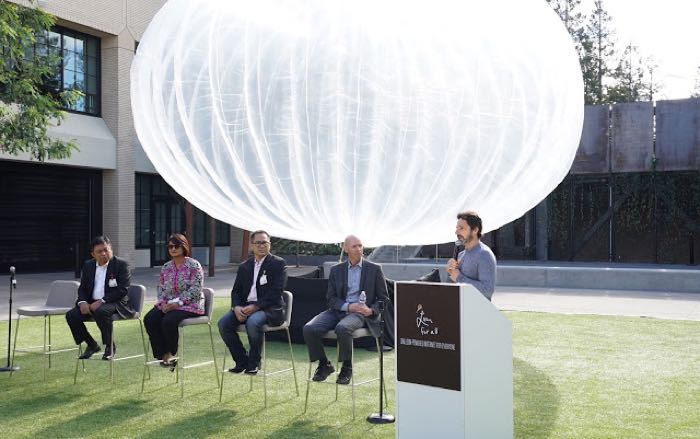 Google has announced that it has teamed up with three of the major mobile carriers in Indonesia and they will be testing out Project Loon early next year.

The three carriers include Indosat, Telkomsel, and XL Axiata and the tests will begin next year with an attempt to bring the whole of Indonesia online.

In Indonesia today, only about 1 out of every 3 people are connected to the Internet. And even though most of their connections are painfully slow, they’re doing some pretty incredible things. Startups like motorcycle delivery service Go-Jek are building impressive adaptations to Indonesia’s unique challenges, while small businesses like fashionable hijab shop HiJup are using the web to redefine marketplaces.

Loon balloons act like floating mobile phone towers; flying on the stratospheric winds at altitudes twice as high as commercial planes, each balloon beams an Internet connection down to the ground, and as one drifts out of range, another moves in to take its place. Loon can help telecommunications companies extend their networks; high in the sky, we can help overcome the difficulties of spreading equipment across an archipelago of 17,000 islands of jungles and mountains, providing connectivity to even the most remote islands.

You can find out more details about Google’s plans to test out Project Loon in Indonesia at the link below.