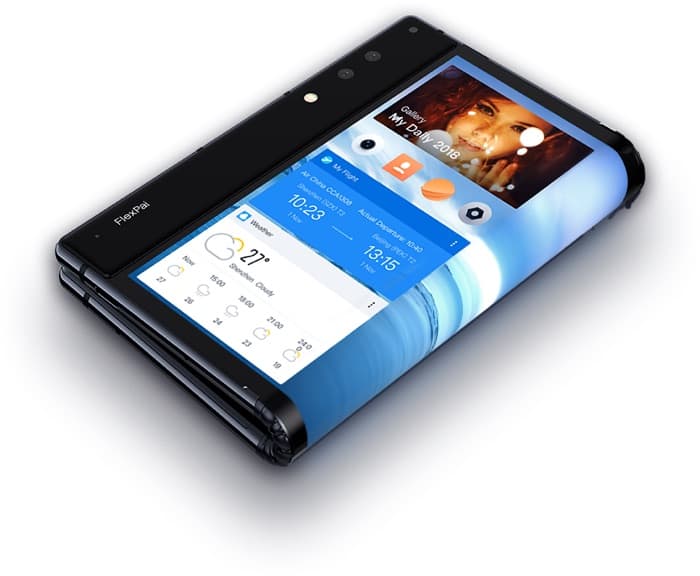 The first Samsung foldable smartphone was shown off at the Samsung Developer Conference yesterday.

We previously also saw the Royole Flexpai foldable smartphone and now Google has announced that their Android OS will be supporting folding devices.

There are two variants broadly speaking: two-screen devices and one-screen devices. When folded, foldables look like phones, fitting in your pocket or purse. When unfolded, their defining feature is what we call screen continuity. For example, start a video with the folded smaller screen – and later you can sit down and unfold the device to get a larger tablet-sized screen for a beautiful, immersive experience. As you unfold, the app seamlessly transfers to the bigger screen without missing a beat. We’re optimizing Android for this new form factor. And, making changes to help developers everywhere take advantage of the possibilities this creates for amazing new experiences, new ways to engage and delight your users. Tune in to the Foldables session at Dev Summit this week to learn more.

You can find out more information about Google’s plans for their Android OS to support foldable smartphones at the link below.