We heard earlier that Google is expected to roll out its new Google Wallet service some time today, this has yet to be confirmed by Google, but more evidence has appeared which points to the imminent launch of Google Wallet.

The photo below was taken by Ian Kennedy from GigaOm at a Peet’s Coffee shop in San Francisco, and you can clearly see that one of the payment options is Google Wallet. 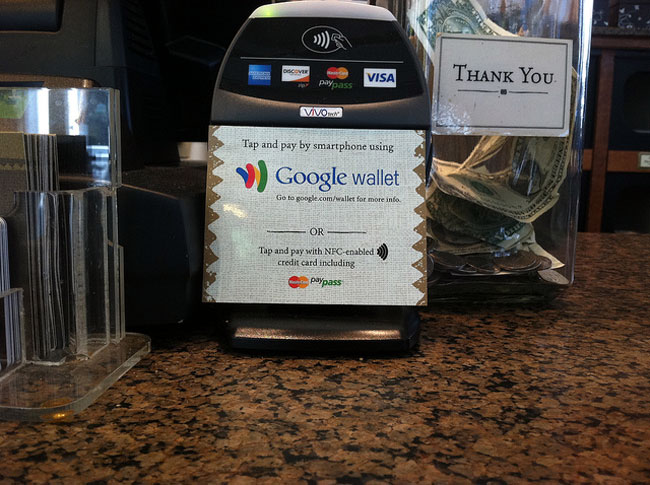 We can probably expect some sort of official announcement from Google later today as we heard earlier.