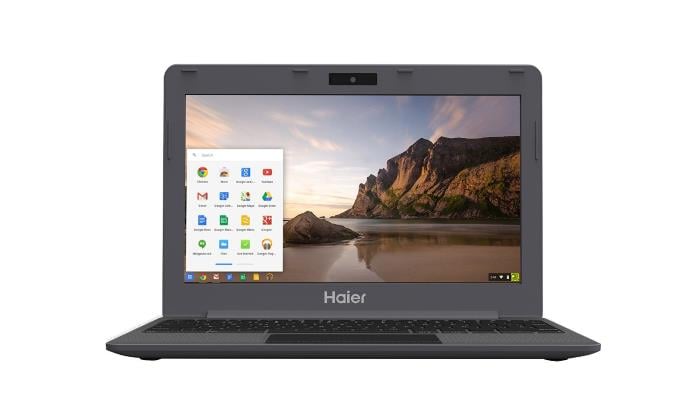 It’s not just the Asus Chromebook Flip, Google today unveiled a number of affordable Chromebooks for users interested in a budget-friendly laptop.

Among the new Chromebooks is an 11-inch Haier Chromebook 11 and Hisense Chromebook which comes with an extremely affordable $149 price tag.

This is less than most of the affordable laptops available in the market, and for those of you who rely on Google’s services for most of their tasks, it’s an extremely attractive device.

Chrome OS has evolved a lot, and there are a number of Chrome apps available in the Google Web Store which offers improved productivity for the users.

It’s not just these two Chromebooks, a number of companies are set to launch more Chromebooks over the next few months ranging from $199 to $499 from partners such as Dell, Acer, HP, Lenovo and more.

As for the Haier Chromebook 11, it’s available from Amazon, while users interested in the Hisense tablet can grab it for $149 from Walmart.

Both Chromebooks feature an 11.6-inch display, 2GB of RAM, 16GB of internal storage and is powered by a Rockchip RK3288 1.8 GHz Processor.

Anyone planning to pick up the budget-friendly Chromebooks or is it the Asus Flip Chromebook tablet?