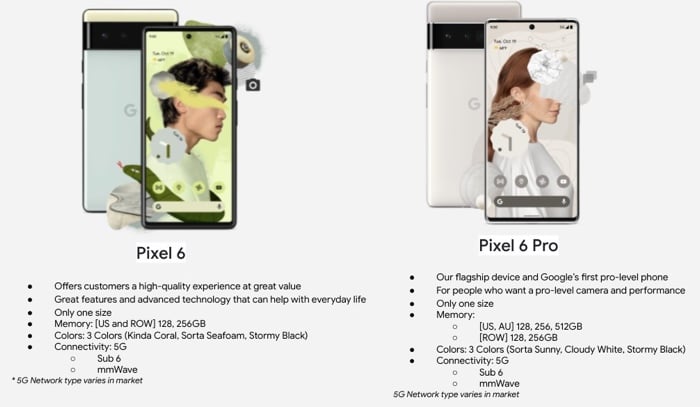 The Google Pixel 6 smartphones are coming later this month, now we have details on a new Google Pixel Pass which will apparently launch with the handsets.

The Pixel 6 smartphones will be made official on the 19th of October, Google will be holding a press event for the handsets at 10AM PDT.

Now we have details on the new Google Pixel Pass which will be a monthly payment that will get you one of the new Pixel 6 smartphones and regular upgrades to the next device.

The pas will also include Google One, YouTube Premium, Google Fi and Ply Pass, plus device protecion and warranty, more details below.

Pixel Pass: This appears to be a blend of the iPhone upgrade plan where you can get a new phone every year and the Apple One Subscription.

Will will have more information on this new feature from Google when it is launch at their Pixel 6 press event later this month. It will be interesting to find out more details about these new Pixel smartphones.