Aardvark the Social Search Engine which was formed in 2007 that allows users to submit questions which are then forwarded to the user’s contacts with the possible answers. Has been purchased by Google for an estimated $50 million, media reports claim. 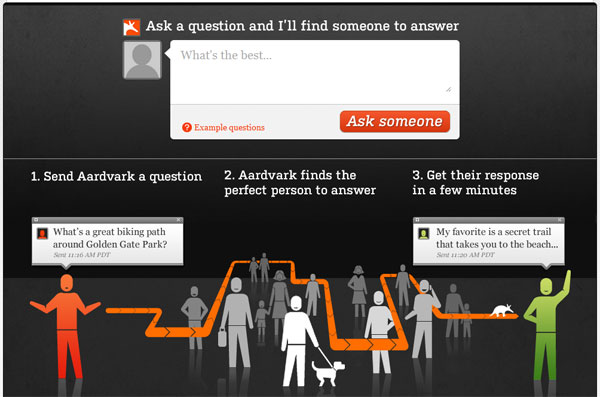 Users link their social networking sites such as Facebook then type a query into the Aardvark search engine. The system then searches different friends and determines which individuals could provide the best answer and then contacts them to ask for their advice.

San Francisco-based Aardark co-founder Damon Horowitz has confirmed the purchase  “we have signed the deal”. the deal will provide a fantastic return from investors who put the initial $6 million into the company last year.