We recently heard that  Samsung’s Galaxy Nexus smartphone had been banned from sale in the US, after a recent court ruling, Samsung is appealing the decision, but it looks like Google have now removed the Galaxy Nexus from their Google Play Store.

According to the guys over at The Verge, who spoke to Google, the Galaxy Nexus has indeed been removed from sale from the Google Play Store, although Google wouldn’t give any specifics on why it had been removed. 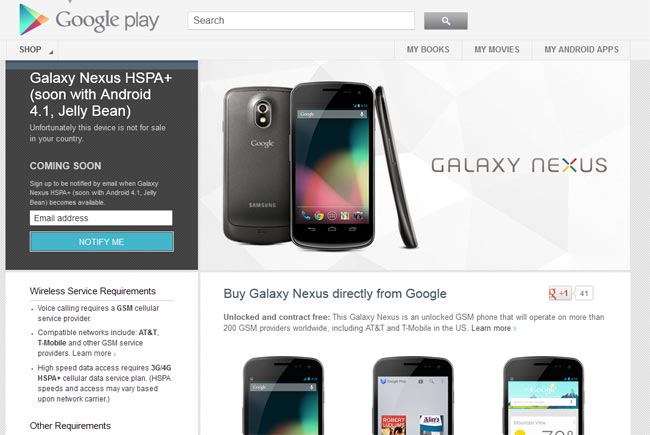 Google also told The Verge that the Samsung Galaxy Nexus will begin shipping again next week, and the handset will come with Android 4.1 Jelly Bean, so we presume Google and Samsung have some sort of workaround to get past the patent issues between Samsung and Google.

As soon as we get some more information on what is happening with the sale of the Samsung Galaxy Nexus in the US we will let you guys know.