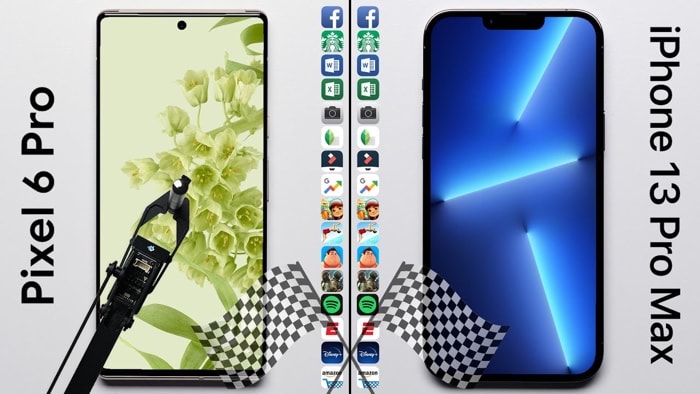 Google recently launched its new Pixel 6 range of smartphones which included the  Pixel 6 Pro, this is the first device from Google to use their own mobile processor, the Google Tensor.

Now we get to find out how good the new Google Tensor processor is compared to Apple’s A15 Bionic processor. We have a speed test of the new Google Pixel 6 Pro and the iPhone 13 Pro Max.

The Pixel 6 Pro comes with a Tensor processor and 12GB of RAM, it also has 128GB of storage and a display with a resolution of 3120 x 1440 pixels, the device is running Android 12.

The iPhone 13 Pro Max comes with the Apple A15 Bionic processor and 6GB  of RAM, it also comes with 128GB of storage and a display with a resolution of 2778 x 1284 pixels, it is running iOS 15. Let’s find out how the two handsets compare.

As we can see from the video the Google Pixel 6 Pro was ahead of the iPhone until the video export test, the iPhone managed to take the lead from this point.

In the overall test, the iPhone was the quicker of the two handsets at 02:49.96 and the Pixel 6 Pro took 02:55.18. Whilst the iPhone may have won, for Google to get close to the device with their first processor is impressive.