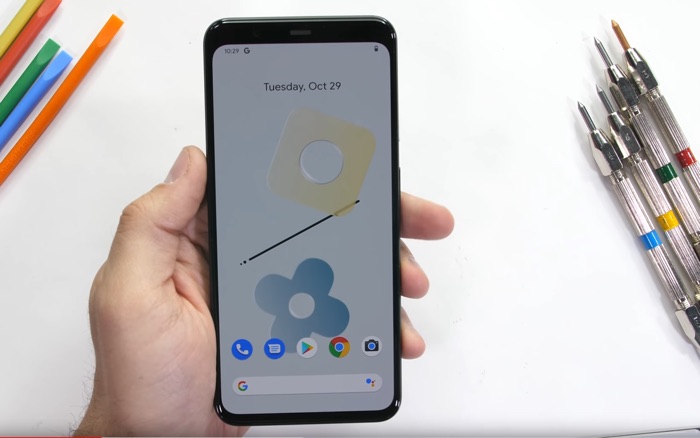 Google recently launched their new flagship Android smartphones and now we have some durability tests on the Google Pixel 4 XL.

In the video below, Zack from JerryRigEverything put the new Pixel 4 XL smartphone through a range of durability tests. This includes a scratch test on the display, a bend test and a burn test.

As we can see from the video the scratches appear on the handsets display at level 6 and 7 which is inline with the majority of the handsets available. The display is made from Gorilla Glass 5.

The burn test was also OK on the video with no permanent damage, the problem with the handset occurred in the bend test. As we can see from the video the device did not survive the bend test with a permanent crack in the frame by the camera and SIM card tray.