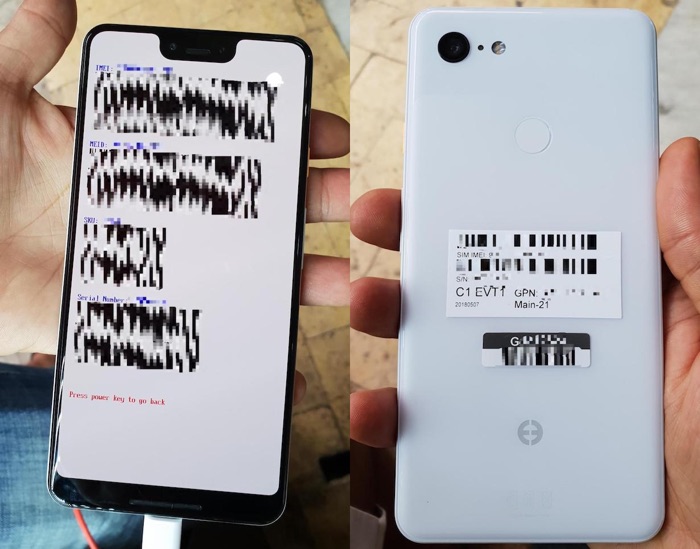 The pictures show the white version of the handset and the device appears to be a prototype handset like the last one we saw.

We previously heard that the new Pixel 3 and Pixel 3 XL would be powered by the Qualcomm Snapdragon 845 processor and that both devices would be available with a choice of RAM and storage options.

So far we do not know what cameras the device will come with, we do know that the handset will come with some sort of facial recognition as the handsets will feature a notch at the top of the display.

Google are expected to launch these two new Pixel handsets some time next month, the devices will be the first to come with Google’s new Android P OS.