Back in October we brought you the news that Google was planning to launch its newly re-designed Gmail user interface together with a major update to its Gmail services. Well today Google has now officially unveiled its new Gmail update which it has now started rolling out to Gmail user accounts.

If you have received the update, when you login to your Gmail account you will see a link in the bottom right hand side of Gmail, labelled “Switch to the new look”. Simple click this to upgrade to the new interface and features. Watch a Google promotional video after the jump for a walk through of the new look. 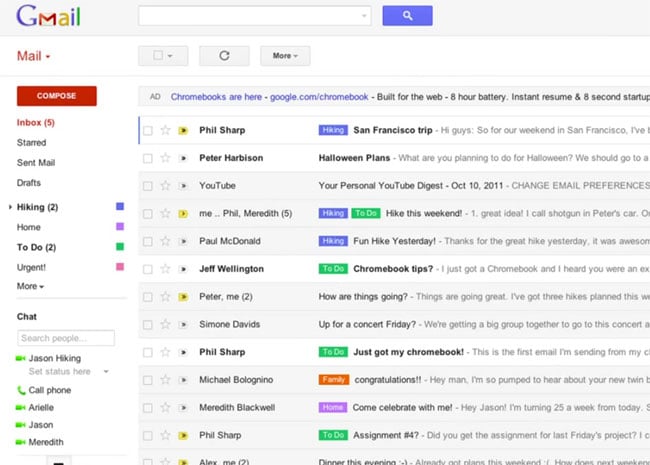 New features include a redesigned Conversation view that now allows you to see profiles pictures for your contacts, so it’s easier to keep track of who said what. Together with a flexible layout design that you can adapt to fit any window space that you desire, to name a few.

Don’t worry if the link is isn’t already in the bottom right of your Gmail account as Google is currently rolling out the new user interface across all accounts over the next couple of days, so just be patient and it will arrive shortly.