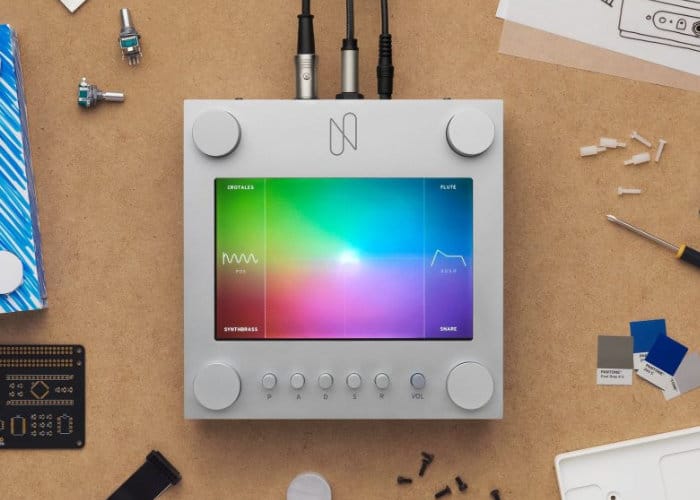 The Google Magenta artificial intelligent research project has helped create a new open source synthesiser in the form of the Google NSynth Super synthesiser. Which uses machine learning to create new sounds using the integrated NSynth neutral synthesiser technology. Watch the demonstration videos below to learn more about the unique NSynth Super synthesiser which creates entirely new sound using the “acoustic qualities of the original sounds—so you could get a sound that’s part flute and part sitar all at once” explains Google.

Using the new machine learning NSynth Super synthesiser musicians have the ability to explore sounds generated with the NSynth algorithm. To test the prototype 16 original source sounds across a range of 15 different pitches recorded in a studio, were uploaded to the NSynth algorithm allowing it to pre-compute new sounds. After which the AI synthesiser outputted over 100,000 new sounds.

Four source sounds can be selected by musicians to create new sounds by interacting with the touchscreen display, combining the acoustic qualities of all four of the original source sounds to create new unique sounds. NSynth Super can be played via any MIDI source, like a DAW, sequencer or keyboard And is completely open source. For more information jump over to the official NSynth Super website by following the link below for more details and how you can get your very own NSynth Super from GitHub.