We have been hearing rumours that Google would be releasing a follow up to their Nexus One smartphone, the Nexus 2 or Nexus S, and we had previously heard that Samsung would be making it for Google.

Then Samsung released a statement saying that they were not making a Nexus 2 smartphone for Google, but now we are beginning to wonder if Samsung were just denying it before it was actually officially announced. 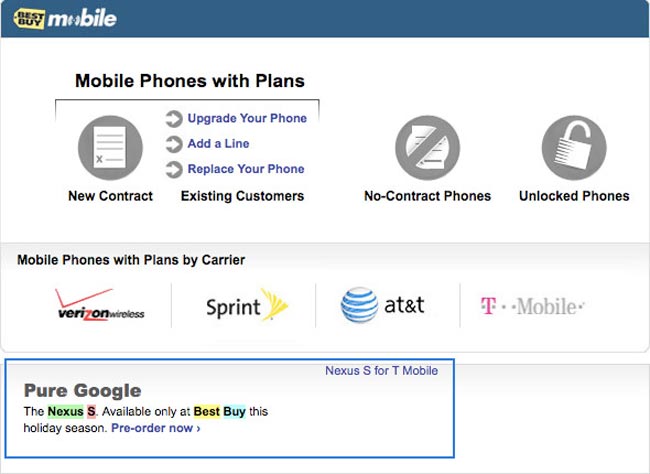 The guys over at Phandroid spotted a new smartphone listed on Best Buy, the Nexus S, with the tagline ‘Pure Google’, Best Buy have since taken the page down but you can see the cached page here.

So it does look like Goole are about to release the second generation of their Nexus smartphone, the Nexus S, with T-Mobile and we suspect Samsung will be producing it like we previously reported.

Will the Nexus S be a version of Samsung’s Galaxy S smartphone, running a pure version of Google Android, it is certainly possible, as soon as we get some more information we will let you guys know. Have a look and our article on Android vs iPhone to see which smartphone and mobile platform is best for you.