Just a week after Google unveiled their new Nexus 7 tablet at their annual Google I/O developer conference. iFixit have wasted no time applying their screwdriver to the Google Nexus 7 tablet which is available for under $200 in its 8GB format. 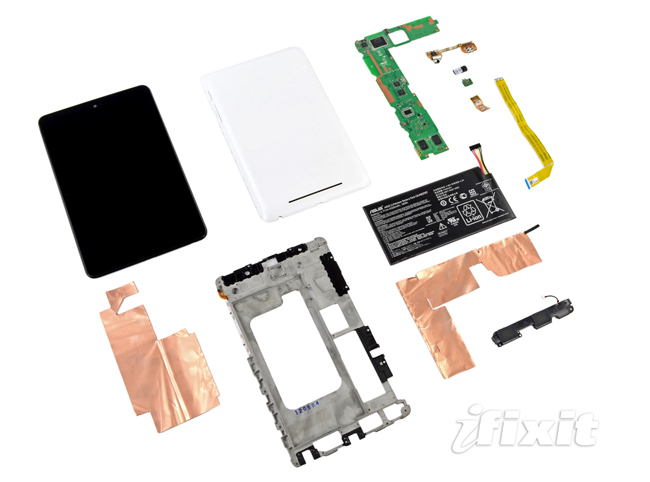 iFixit has given the Google Nexus 7 a repairability score of 7 out of 10 (10 is easiest to repair), and says that the case is easy to open, and the tablets battery can be replaced easily without the need for soldering or even a screwdriver.

However on a negative point the LCD screen within the Nexus 7 doesn’t separate from the display glass, making repair costs higher for this component.

The Google Nexus 7 is equipped with a powerful a quad core NVIDIA Tegra 3 processor and it also features a 12 core GPU, and Google is currently making the tablet at cost. Google has launched two versions of the Nexus 7 tablet, one with 8GB of storage for $199 and a 16GB one for $249.