We heard earlier that Google is expected to launch their Google Music Store at a special event they are holding on the 16th of November, and now it would appear that the first screen shots of the Google Music Store may have been leaked.

The guys over at TechnoDroidVE discovered a work in progress version of the Google Music Store, using a HTC Inspire 4G device, and you can see some screenshots of what they found below. 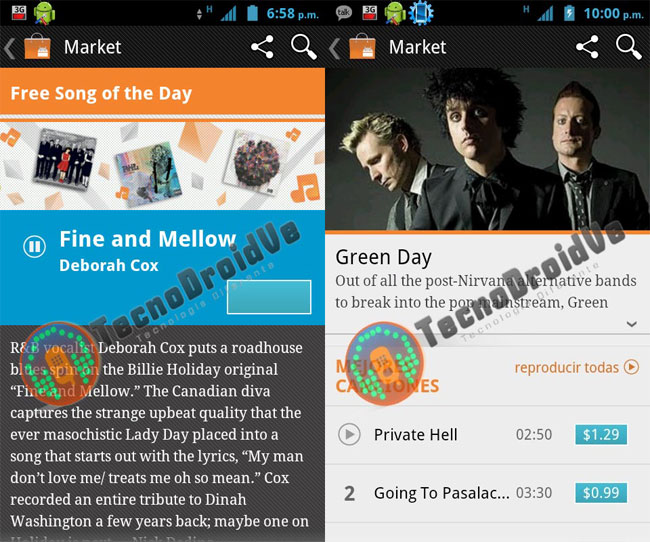 You can see lots more screen shots of the Google Music Store over at TechnoDroidVE, it will be interesting to see if it looks like this when it is launched later this week.