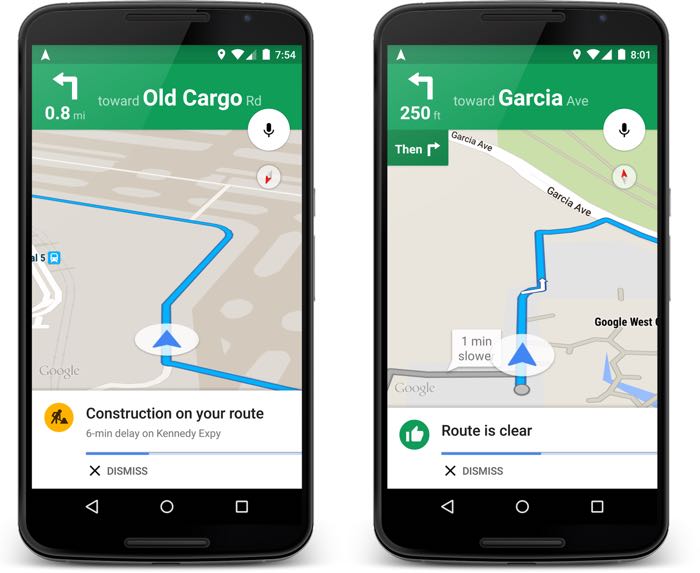 The new traffic alert feature will let you know of the current traffic conditions when you type a destination into Google Maps.

Memorial Day marks the unofficial start of summer in the U.S., and is a time to pay tribute to service men and women. So whether you’ll be manning the grill or marching in your local parade, you’re probably looking forward to the three-day weekend with your friends and family. The only thing that might slow you down? Traffic: Memorial Day is one of the busiest driving days of the year. Luckily, Google Maps can help you find the best route to your destination with the fewest delays.

And just in time for you to hit the road, we’re updating Google Maps with new traffic alerts to help you avoid jams and get the most out of your holiday weekend. Now when you input your destination, you’ll get an explanation of upcoming traffic conditions that helps you identify the quickest route. While you’re on the road, Google Maps will give you a heads up if congestion lies ahead, and how long you’ll be stuck in a jam. You’ll also get the option to take alternate routes, including explanations for why one is recommended—whether it’s the fastest or avoids an incident.

You can find out more details about the latest version of Maps over at the Google blog at the link below, the new version of the app is now available from Google Play.