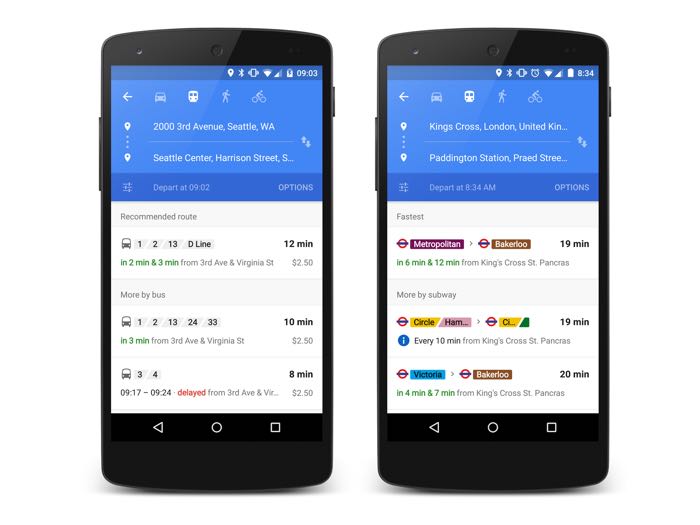 Google has announced that they are making some improvements to the real time transit information in Google Maps.

The company also announced that they have added another 25 new partners for transit information in six new locations.

Ever missed a bus? Subway? Yeah, us too. Luckily, Google Maps is making it easier to track your transportation so you can finish that last sip of coffee without worrying you’re missing your ride. Starting today in Google Maps, relevant journeys are handily arranged and summarized in the app—so it’s easy to know at a glance how long you’ll be waiting and what your other options are if you just miss that bus.

This real-time transit info will let you see live arrivals for buses, metros and subway systems—and even alert you to cancelled routes—so you can better navigate the intricate and unpredictable world of transit in major cities around the world.

The six new locations include the UK, the Netherlands, Budapest, Chicago, San Francisco and Seattle, you can find out more details at the link below.