Google has this week rolled out a new version of its Google Keyboard in the form of version 1.1 which brings with it the highly anticipated addition of the long-press number row to tablets.

The reviously a feature restricted to phones using Google Keyboard, the top row of letters can be long-pressed to quickly access numbers making it even easier and quicker to enter data. 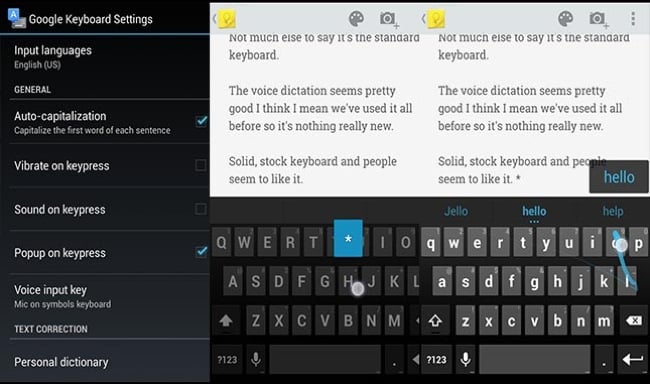 Other features rolled out in the latest Google Keyboard 1.1 update include multiple bugs fixes and the obligatory stability improvements.

Google has also hinted at improved functionality in future releases and recently Android Police uncovered code the reveals a number of new features hat are currently being tested by Google and include space-aware gestures.

The latest version of the Google Keyboard version 1.1 for Android devices is now available to download from the Google Play Store for supported devices.