A Google Intern has created a new system that allows open application to be transferred from a PC to a smartphone by just pointing the smartphones camera at the PC screen.

The new Google system was created last year when its designer, MIT graduate student Tsung-Hsiang Chang was completing an internship with Google and was helped with the development by Yang Li. 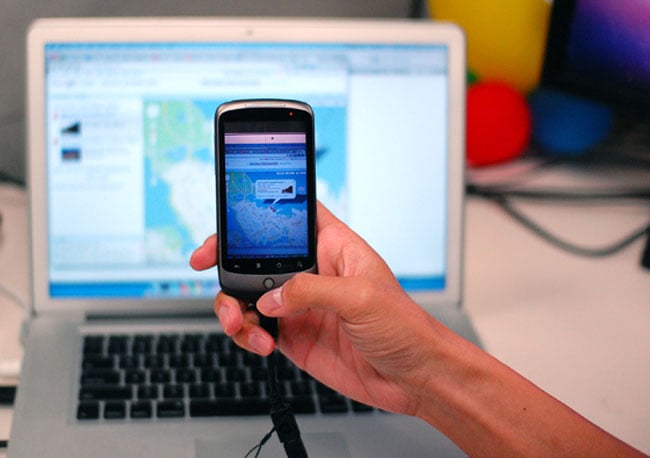 The new system has been designed to allow small snippets of data to be transferred from PC to smartphone, and works by simply pointing the camera of the smartphone at the PC screen. The phone then opens up the correct application in the same state as on the PC. The process can also work in reverse if the PC is equipped with a web camera.

The system uses existing computer vision algorithms to identify the application open on screen and then using Deep Shot software installed on the PC extracts and transmits the correct URI.

For more information on the new system and to see a video of it in action jump over to the Physorg website.