Google have today released an interactive Google Doodle on their home page marking the 183rd birthday of Jules Verne a French author best known for his novels: Twenty Thousand Leagues Under the Sea (1870), A Journey to the Center of the Earth (1864), and Around the World in Eighty Days (1873). 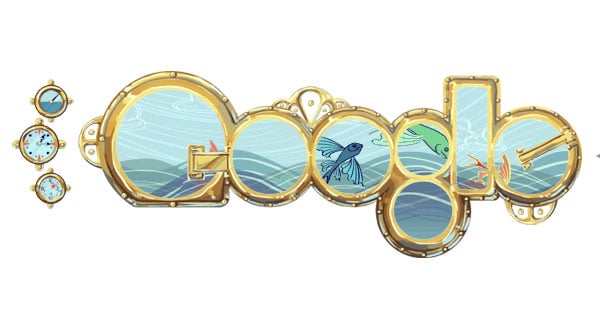 By using the lever on the righthand side of the doodle you can navigation the view below the waves and explore left and right a little way and even try to locate a giant squid from the Twenty Thousand Leagues Under the Sea book. The interactive Google Doodle has been created using CSS3 and the Jules Verne book Twenty Thousand Leagues Under the Sea can be downloaded here.