This week Google has announced that they have added more than 100 virtual keyboards, transliteration and IMEs, otherwise known as input tools to their Gmail email service.

The Google Gmail tools have been designed to enable you to type in your own personal language and keyboard layout within Gmail, making it easier to jump into your Gmail account from any computer and switch between languages with a single click. 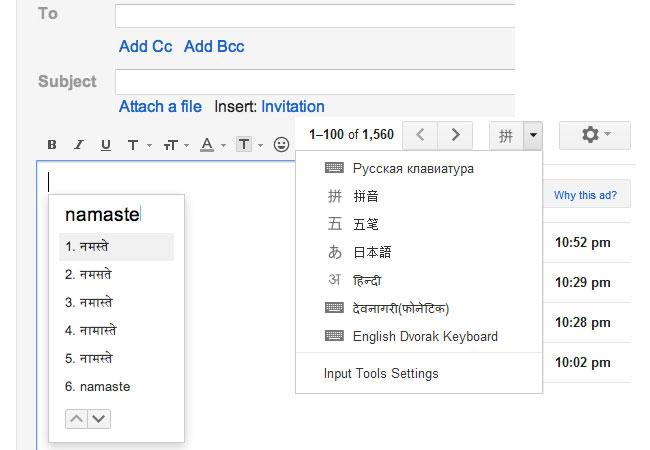 The new virtual keyboards added by Google to the Gmail service now supports 75 languages, and is a dramatic increase from the five languages that were initially introduced with Gmail when it launched back in 2009.