Even with all the privacy concerns that are connected with Google’s new Google Glass eyewear, it’s great to see new apps which are currently in development for the new Google Glass technology, such as GlassBattle.

GlassBattle is the latest to be revealed and is a new battleship style game which has been designed to run specifically on Google Glass eyewear and can be played as you walk around in carrying out your daily chores. Check out the first gameplay from the new Google Glass GlassBattle application after the jump. 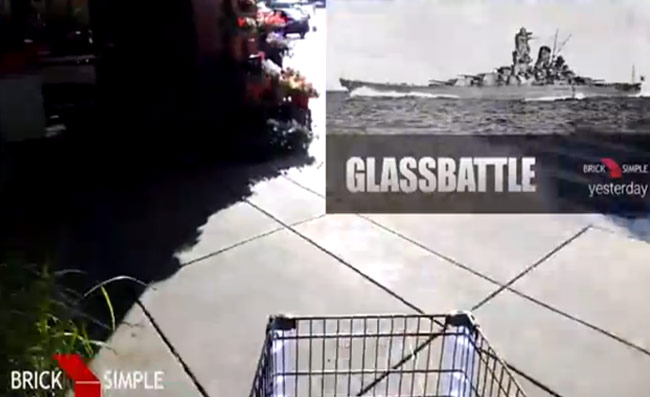 The new Google Glass GlassBattle app has been created by BrickSimple and uses the Mirror API and enables 2 players to play against each other taking turns. BrickSimple explains:

“GlassBattle is a two-player Google Glass game implemented using the Mirror API. It provides turn-based gameplay with synchronous updates over the Internet. This isn’t a mock-up or concept. It’s a fully functional glassware application.”

Unfortunately the new Google Glass application isn’t currently available to the public at the current time but as soon as the Mirror API quota limitations are lifted by Google, BrickSimple say that they will release the game for all Google Glass users to enjoy.