Google have yet to make any sort of official announcement on their new Google Drive cloud based service, although we have seen a number of leaks on the service over the last couple of months.

Now Google Drive for Android has shown up on a developers phone, the guys over at The Verge spotted it o Google’s Friday app review from the Android developers, although it has now been removed from the video. 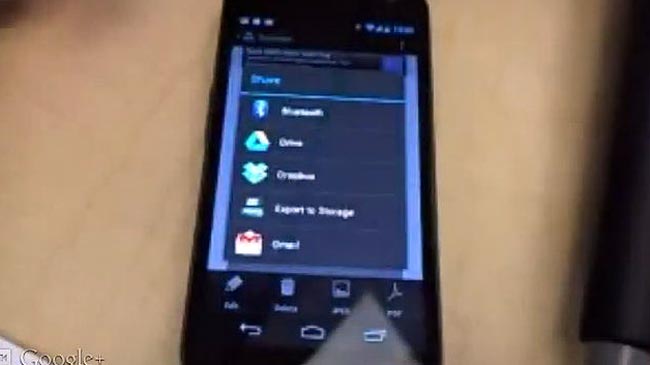 The app that was spotted was apparently a functional version of Google Drive for Android, we still don’t have any information on when Google plans to launch their Google Drive service, as soon as we get some more information we will let you guys know.