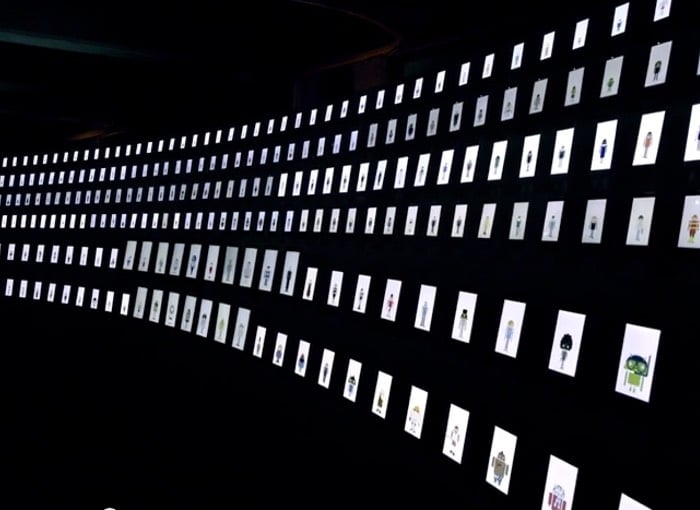 In Tokyo this month Google has connected 300 Android devices together consisting of both smartphones and tablets each of which has been loaded with a different Androidify character, singing the same song using only the device speakers.

Google has called the installation the “Android Chorus” and if you are in the Tokyo area you can drop in to see the chorus performed from today until February 15th 215 at Omotesando Hills in Tokyo, Japan.

Watch the video below to see the setup and hear the sounds 300 Android devices create.

“A lot of people play music on their phones. But what about using those phones to make music? Over in Tokyo, the Google Japan team gave it a go — stringing together 300 smartphones and tablets with 300 different Androidify characters singing the same song using only the device speakers. We call it “Android Chorus.” If you happen to be in Tokyo, you can see the chorus perform from Thursday, February 12 to Sunday, February 15 at Omotesando Hills.

300 different characters singing in perfect harmony is just another illustration of how Android is about being together not the same.”

Google has also this week been reported to be developing a new Bluetooth payment system called code named Google Plaso.