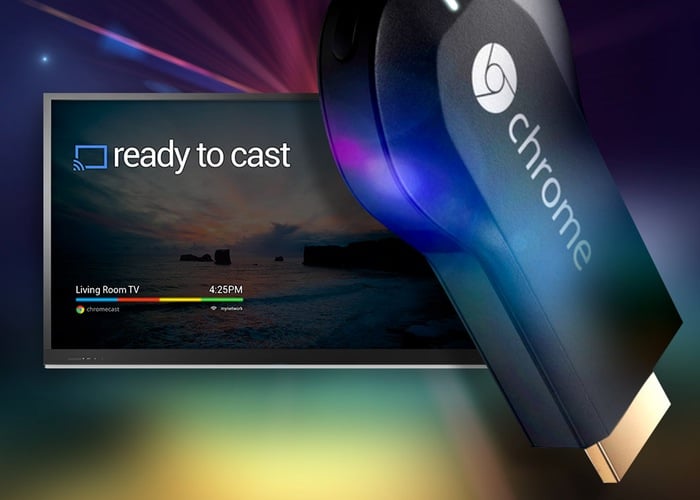 Google has this week announced their Google Chromecast media streaming device has now received support for new content in the form of the Twitch, Disney Channel, and iHeartRadio.

Google has also added the ability to now Cast Twitch content from the web, Android and iOS apps directly to the Google Chromecast devices. Google explains :

“You can also join 60 million gamers on Twitch to watch and talk about video games. Get insights from both casual gamers and some of the biggest professional players competing in sold out stadiums.

Music aficionados can now cast and blast music from the best speakers in the house with iHeartRadio. The app lets you listen to more than 1,500 live radio stations from all over the U.S. or customize your own.”

The Google Chromecast HDMI dongle is available to purchase for around £30 and is compatible with Android, iOS , Windows, Mac and Chromebooks and already supports the likes of Netflix, YouTube and Google Play Movies & Music making it easy for you to stream content from your smartphone to your big screen HDTV.