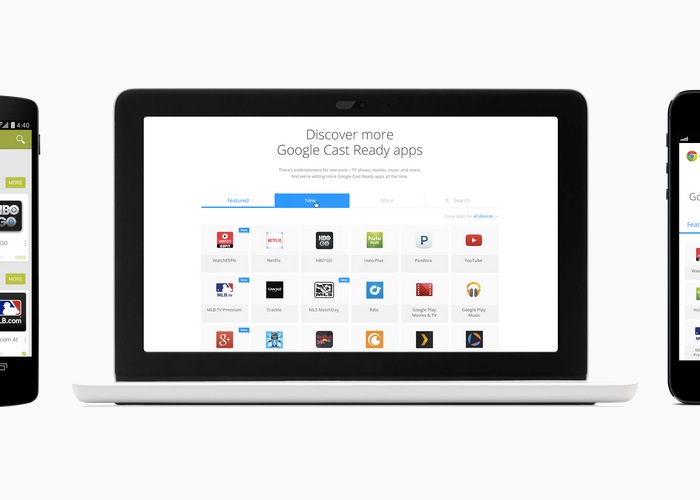 Google has this week announced new features, tweaks and enhancements that it will be soon rolling out to its Google Cast and Chromecast device and applications for consumers to enjoy.

The new features for Google Cast were unveiled during new Google I/O developer conference which is taking place this week and are already available for developers to play with.

Google revealed that Chromecast users soon be able to benefit from screen mirroring technology, as well as the ability to stream media without the need to be on the same wireless network.

To stream media from your device to a smart TV connected to a Google Chromecast dongle without being on the same wireless network is accomplished by Google sending your media via the cloud to authenticate users not in the same room for seamless connectivity. But don’t worry the cloud streaming Chromecast service is fully opt-in, enabling users to control who streams what to their smart TV.

Google also unveiled the new Goolge Cast screen mirroring feature that will enable users to mirror an Android smartphone or tablet screen, directly onto a SmartTV screen allowing for supported applications to be viewed and used by a larger screen presentation.

Other new Google Casr features include Backdrop a new option that will enable users to create ambient slideshows on their TVs when not in use, as well as a new search feature that can be used directly within Chromecast apps or via the Google website.

Unfortunately the new features are not live just yet for consumers and Google did not release any specific information about their arrival dates. However they are now available for developers to get their hands on, jump over to the Google I/O Developer site for more information.