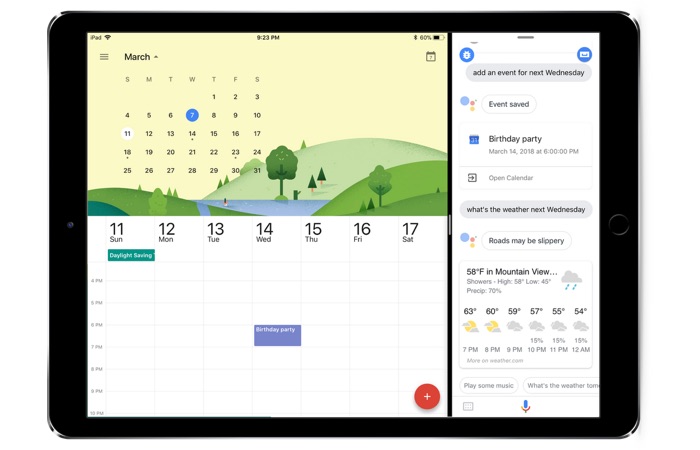 Google Assistant has been available on Apple’s iPhone for some time and now Google has launched a new version of the app which has been designed specifically for Apple’s iPad.

The new Google Assistant app for the iPad comes with a range of new features over the iPhone version, this includes both portrait and landscape modes and more. The app also works with apple’s multitasking features in iOS 11.

Here are some highlights of how the Assistant can help on your iPad while you’re hanging around the house:

You can find out more information about the new Google Assistant app for the Apple iPad over at Google at the link below. The app is available in English, French, German, Italian, Japanese, Portuguese (Brazil) and Spanish. The app is available as a free download from Apple’s iTunes app store.