Today Google has launched their new Android movie rental service in the UK, allowing any resident within the UK to rent films from the Android Market. With prices starting from as little as £2.49.

The Google Android film rental service has already been rolled out in the United States and in a UK service users will now have access to a library of around 1000 films. To be able to watch rented films on your Android devices you will need to install the Video application first. 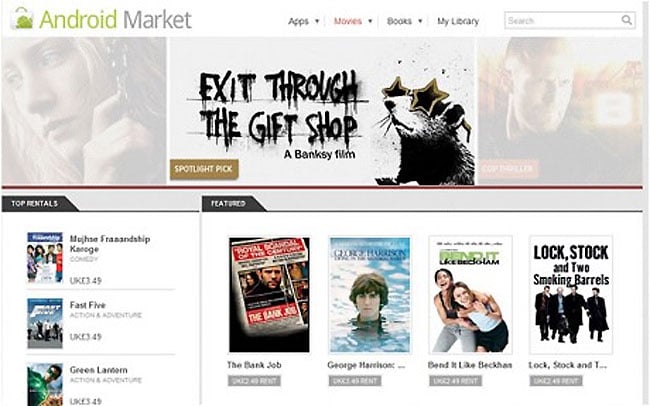 In a similar vein to other movie rental services you will be able to rent a film for 30 days and once you begin watching it will have 48 hours to finish. Films are also available to rent and watch via the web and titles will be available to view on any device they use it is not into with their account.