Every time Google releases a new version of its Android OS, it places a statue on its front lawn outsite building 44 on the Google campus, the latest one has been added, which you can see in the photo below. 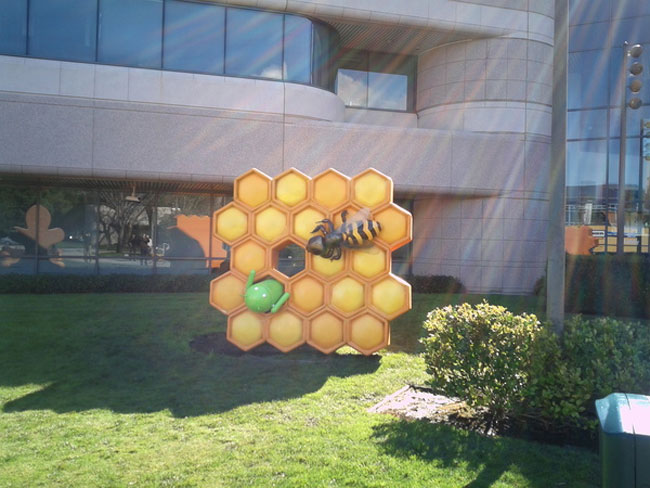 To celebrate the launch of Android 3.0 Honeycomb, Google now has this new Honeycomb statue, pictured above, and it is a little different than the previous ones we have seen for other release like, Froyo, Eclair and Gingerbread.

The first Android 3.0 Honeycomb tablet went on sale in the US last week, the Motorola Xoom and we can expect to se a number of new Honeycomb devices launching over the next few months.