In preparation for the 31 million tourists that are expected to visit London this year on top of the commuters that call London home. Google has today rolled out a new update to its Google Maps service, which now brings you useful London Underground Alerts directly to Google Maps, just in time for the arrival of the 2012 Olympic Games. 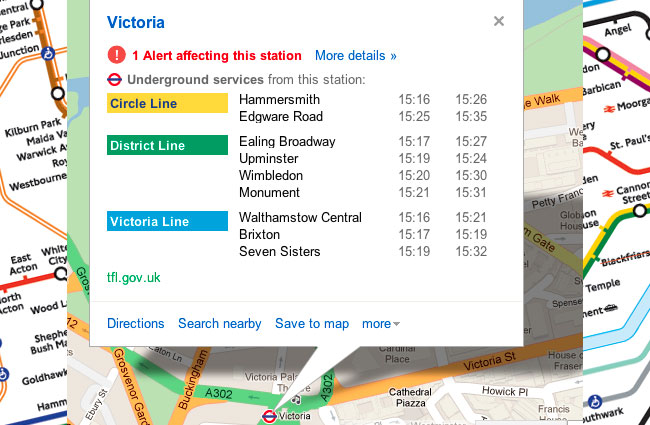 The new update to Google Maps shows you clearly any disruptions on the Underground that are happening at the time you need them most. To view the new London Underground Alerts simply click on a station in a timetable or in the public transport directions results.

As well as adding real-time London Underground service alerts, Google have also included planned engineering works for the weekends in the journey planner as well.

“When planning a trip for the coming weekend, we will show you the relevant subway alerts as part of the directions results. You can plan a trip for the weekend by changing the departure time in the ‘Get directions’ tab. Should there be planned engineering works for your route, you won’t run into any surprises on the day of travel.”