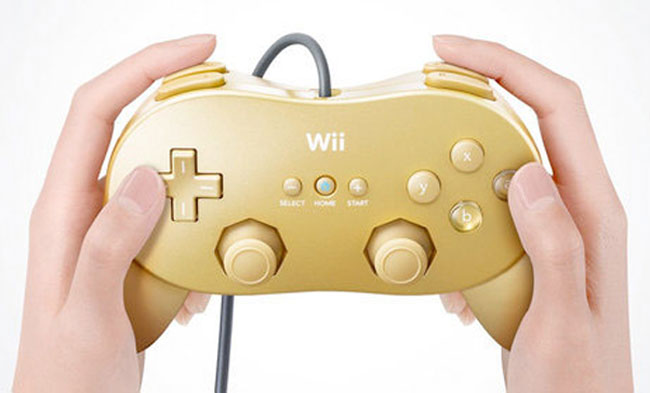 In addition to the Wii Remote and Nunchuk, GoldenEye will also support the Wii Zapper for ‘point and shoot’ gamers, giving players several ways to experience GoldenEye on Wii,” said David Pokress, Head of Marketing for Licensed Properties, Activision Publishing. “We also couldn’t pass up the opportunity to pay homage to the golden gun with the gold Classic Controller Pro, which looks cool and also gives shooter fans a familiar control scheme to use as they blast their way through the game.

As you can see from the photo the Wii Classic controller pro, that will come in the bundle isnt the standard black, instead it will be gold, and the bundle will be available for $69.99 when it goes on sale.