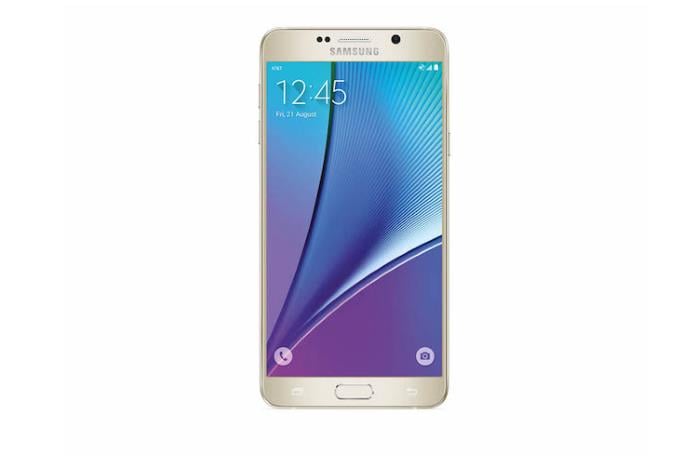 Earlier this month, the gold platinum version of the Samsung Galaxy Note 5 made its way to T-Mobile, but it seems it’s heading to more carriers in the US.

The new Gold Platinum color option for the Samsung Galaxy Note 5 is now available to purchase from AT&T and Verizon.

AT&T is only selling the 64GB version for the handset, while the Big Red is only selling in 32GB storage option. AT&T is selling the new color option for $349.99 with a new two-year contract, or $28 per month for 30 months on its installment plans, while the full price of the device is $839.99. Through Verizon, you can purchase the handset for pay $29 per month for two years or $696 off-contract.

Other than the gold color, there’s nothing different in terms of the internals. The handset offers users with a 5.7-inch display sporting a resolution of 2560 by 1440 pixels, a Exynos 7420 processor, 4GB of RAM, 16MP camera for photos and videos, 5MP front-facing camera, a 3,000 mAh battery and ships with Android 5.1 Lollipop as its operating system out of the box.

Anyone interested in picking up the new color option? Sound off in the comments below.