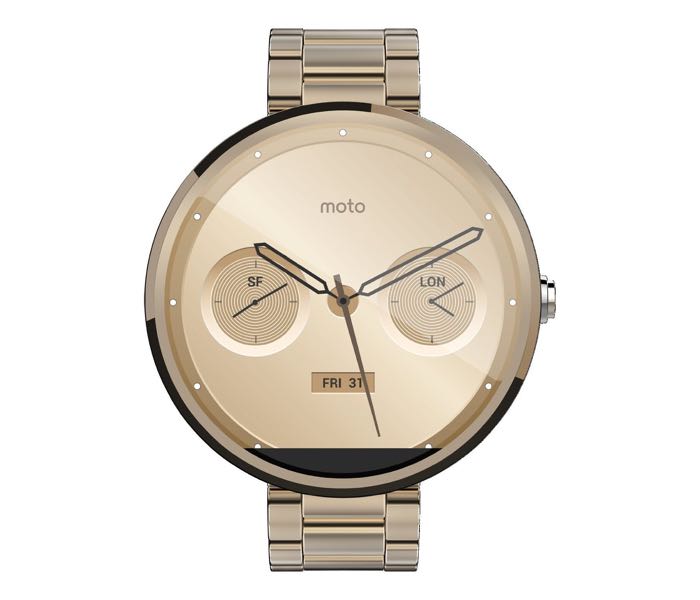 It looks like there is a gold Moto 360 smartwatch on the way, as Amazon briefly listed the device on their website with a price of $299.

The gold Moto 360 was listed on Amazon’s website as the Moto 360 Champagne Metal, the listing for the device has now been removed, but when it appeared on the site, it showed a shipping time of one to two months. 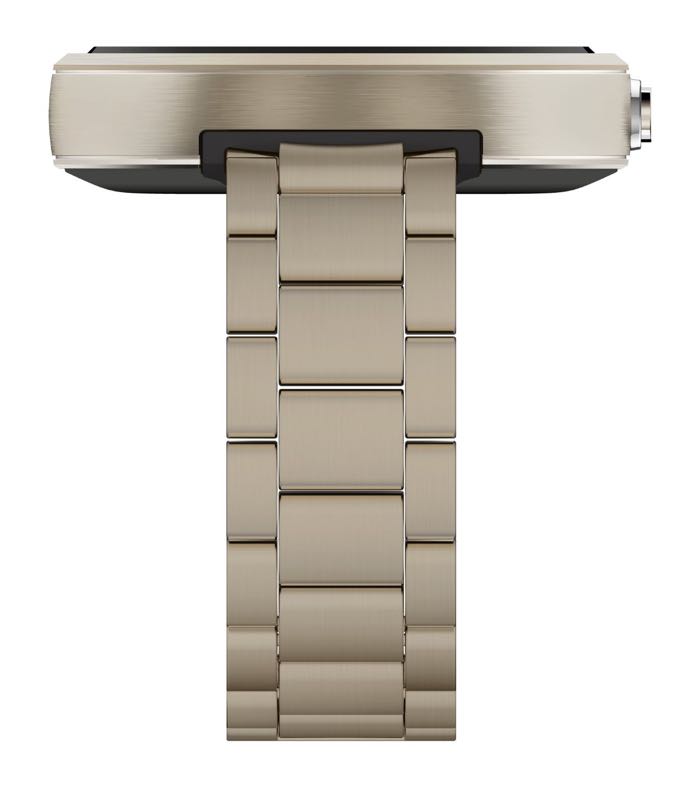 Considering the price that was listed for the gold Moto 360 smartwatch and also the ‘champagne metal’ description, it looks like the device will come with a gold color metal, rather than actual gold or gold plating, as it would cost a bit more if it was made from actual gold. 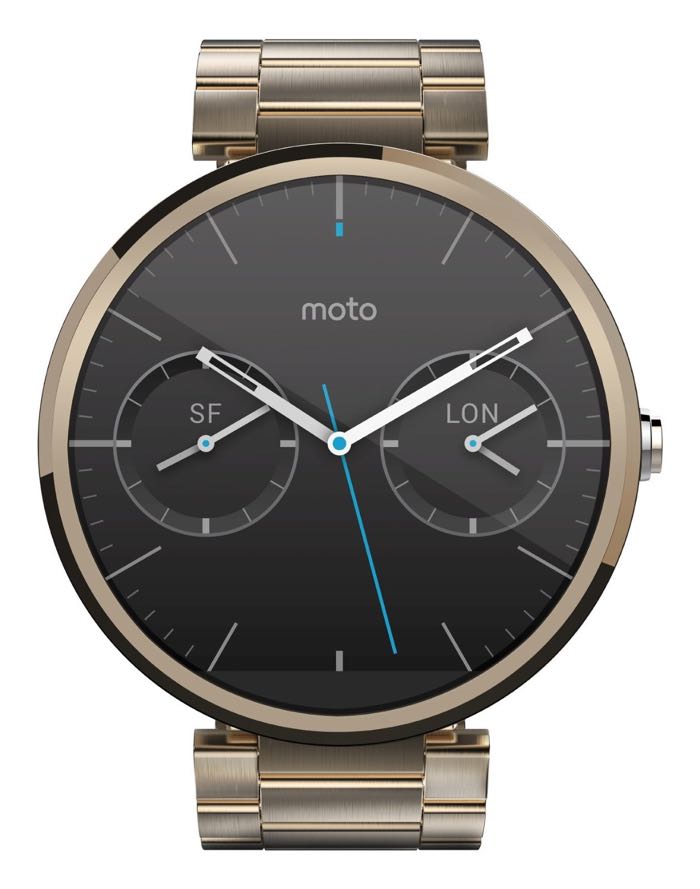 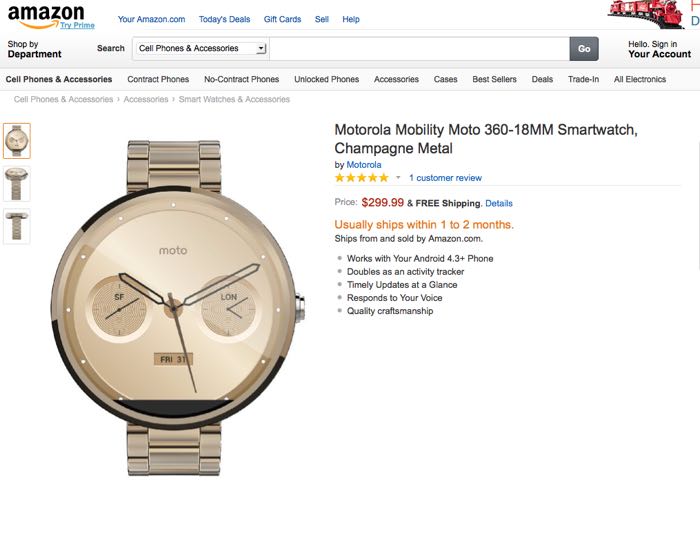 Other specifications in the Moto 360 include Google’s Android Wear, Bluetooth 4.0 LE and an IP67 rating for water proofing, there is also a heart rate monitor and a pedometer.

As yet there is no official word from Motorola on when this gold Moto 360 smartwatch will launch, as soon as we get some more information, we will let you guys know.