The other day HTC announced their new Gold HTC One smartphone, the handset will be available in Europe and the device has now gone on sale in Germany.

The Gold HTC One is available from O2 in Germany, the handset is available in a two year contract with an up front payment of 1 Euro and then 40 Euros a month for two years, the device is also available off contract for 540 Euros. 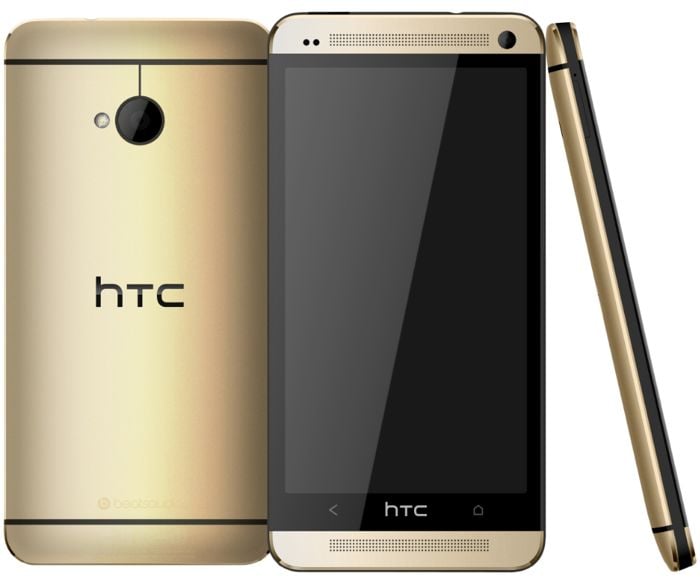 The Gold HTC One features the same specifications as the existing color options, the handset comes with a quad core 1.7GHz Snapdragon 600 processor and 2GB of RAM.

Other specifications on the HTC One include a 4.7 inch high definition display with a resolution of 1920 x 1080 pixels, the handset comes with a choice of 32GB or 64GB of built in storage.

Unfortunately there is no room for expansion, as the HTC One does not feature a microSD card slot, the device also comes with front and rear facing cameras.

On the front of the HTC One we have a 2.1 megapixel camera for video chat, on the back we have a HTC Ultrapixel camera which can record full high definition video in 1080p.

As yet there are no details on when the Gold HTC One will launch in other European countries, as soon as we get some further information on specific countries, we will let you guys know.