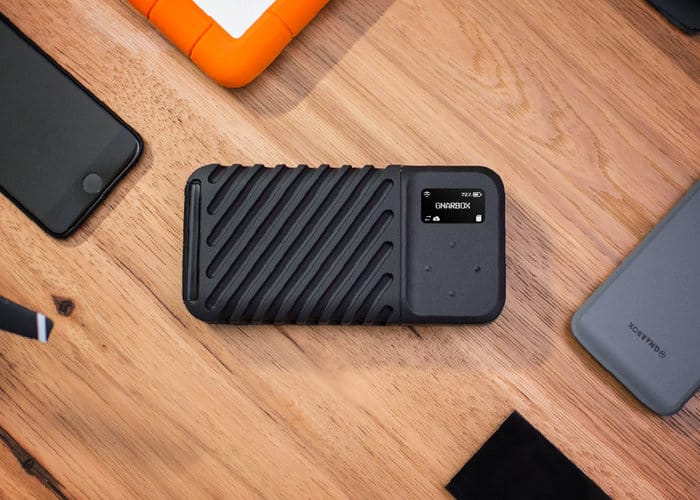 Photographers and smartphone owners looking for a quick way to backup, restore or store extra media and data may be interested in a new rugged solid state drive (SSD) created by Gnarbox in the form of the Gnarbox 2.0 SSD. Watch the demonstration video below to learn more about the SSD compact storage system which builds on the companies previous first edition storage system.

Features of the latest second-generation pocket SSD include transfer speeds from 75MB/s to 450MB/s with backup speeds reaching 75MB/s using the included SD Card slot or 450MB/s via the USB-C connection. Other features include a quick “One-Touch Backup” as well as preset folder trees for organised backup, storage and retrieval. Together with checksum verification on transfers to give you confirmation on every byte.

The Gnarbox 2.0 SSD has this week been launched via Kickstarter and has already raised over $91,000 with still 59 days remaining on its campaign. Pledges are available from $249 or roughly £177 offering a 128 GB storage solution and extra battery. If production goes as planned you can expect to receive your Gnarbox 2.0 SSD during December 2018. For more information and full specifications jump over to the official Kickstarter campaign page by following the link below.