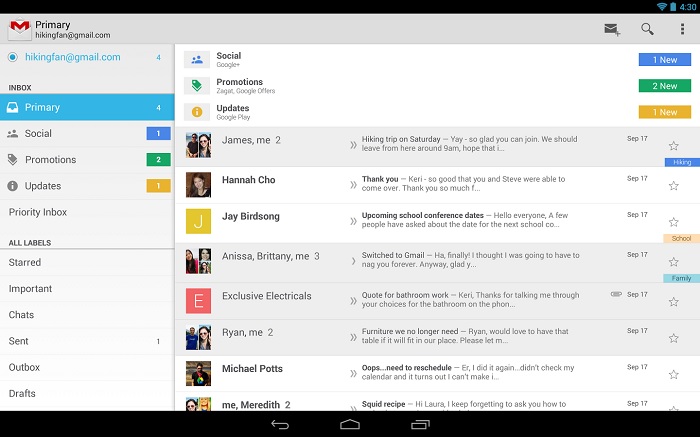 Gmail has been acting up weird from the past one week. The app failed to sync, automatically and manually, at least for me. After searching for a while, I found out, thanks to Android Police, that I was not the only one facing this issue, there are many others like me.

There’s a big thread on the Google Support forums where users are complaining about the loss of sync on Gmail, and even Google is aware of the issue. One of the employee mentioned that Google is investigating the problem, and are now looking for a solution to fix this.

In fact, its not just Gmail, Google Play Store has been acting weird lately as well. When I try to open up Google Play Store, it says “No Connection. Retry.” Surprisingly, that happens when Gmail fails to sync on my Galaxy S4. Actually, it’s not just my device, I tried it on other Android devices with me as well, and all had the same issue, even some of the people I know acknowledged that they are facing the same Gmail/Google Play Store problem.

As for Google Play Store, it normally works when I switch WiFi networks or clear Google Play Store cache, but that’s not a permanent solution — sometimes, it works, while most of the times it doesn’t. Even Gmail starts working out of the blue, but not all the time. Google says its investigating the issue and a fix should be out soon.

As of July 2nd, a Google forum moderator said, “We are still looking into this — there have been several stages of investigation including reproducing the error, isolating it, diagnosing and we are now in the testing solutions phase. I will next update the thread when I have more news to share about a fix. Thanks so much for staying tuned and providing all of your information.”

At least the company is aware of the issue, so stay tuned, we’ll update you as soon as Google releases a fix.