Google released their first official Gmail app for Apple’s iPhone, iPod Touch and iPad a few weeks ago, after a few hours Google pulled the app from the iTunes app store as many users reported problems with the app.

It looks like Google has fixed the various bugs with the Gmail app for iOS devices, as it is now back in the iTunes app store, and Google has explained what the problems were. 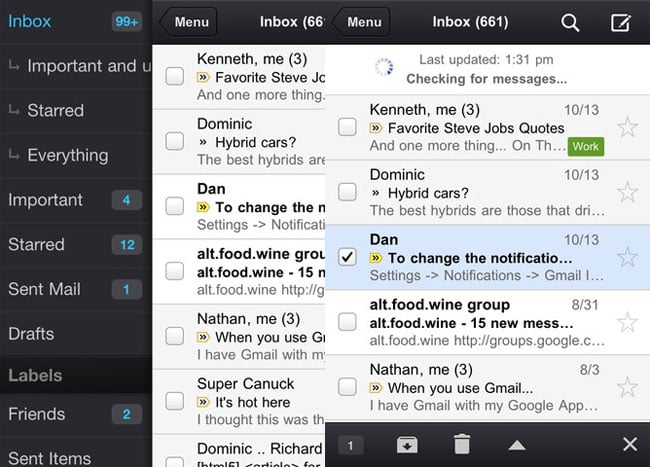 Two weeks ago, we introduced our Gmail app for iOS. Unfortunately it contained a bug which broke notifications and displayed an error message, so we removed it from the App Store. We’ve fixed the bug and notifications are now working, and the app is back in the App Store.

You can find out more information about the Gmail app for iOS devices over at the Gmail blog.