Plenty of iPad clones have been appearing since the iPads launch but most have small 7 inch screens that put them at a distinct disadvantage when competing with the iPad.

However the GIT ICAN is a 10 inch tablet running Adroid OS 2.1 that at least puts it closer to competing with the iPad with its decent sized screen. 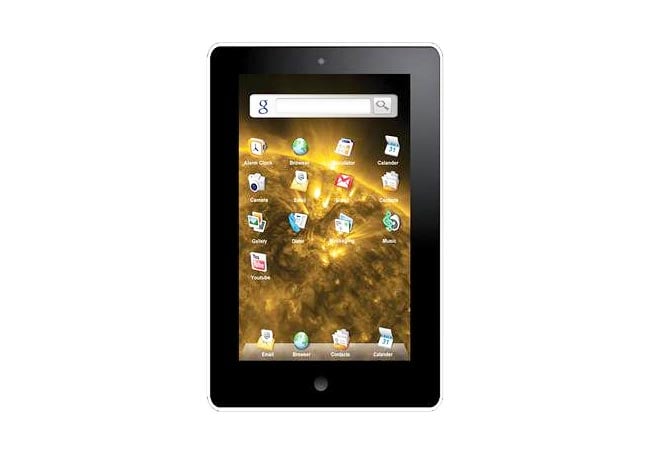 GIT ICAN Android Tablet is also equipped with a 1GHz processor, 16GB hard drive for storage and fitted with a 1.3 megapixel camera.

Other specifications include: Wi-Fi/3G, 1 standard USB port, 1 mini USB port, 1 SD port (up to 64GB), Built-in speakers, Headphone port, Software includes (limited versions): Office, Skype, Email, Gmail, Print Share. Have a look and our article on Android vs iPhone to see which smartphone and mobile platform is best for you.