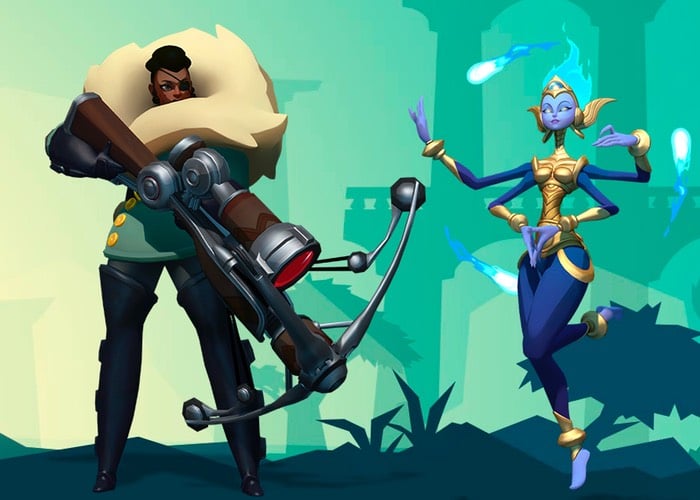 Xbox One owners and those looking forward to playing games on Microsoft’s new Windows 10 operating system that will be launching later this year. Might be pleased to know that the new Gigantic game will be available to play on both platforms.

The Gigantic game is a new title in the form of a free to play game that is currently under development by Motiga, to offer a five-on-five third person view action game that will launch later this year.

Check out the latest Gigantic trailer unveiled at this weeks GDC 2015 event, to see a glimpse of what you can expect from the new Gigantic game.

“Gigantic is team-based – and teams are made up of a range of different characters, who have roles they play in the game’s structure. Many of them were specifically designed with different types of gamers in mind. Gigantic combines a bright aesthetic with a fast-paced shooter feel, and the customization and leveling of an RPG. There’s something for everyone here, with no barriers to entry.”

For more information on the new Gigantic game jump over to the Wire website for details where an interview with Motiga’s Vice President of Product Development and Creative Director James Phinney explains more about the new title.