It look as though Gigabyte’s S1080 wireless tablet could be arriving in the US in the near future as its currently making its way through the FCC. The new S1080 tablet is powered by an Intel Dual Core Atom N550 and runs a full version of Microsoft Windows 7 operating system and is already available in Taiwan after being launched last month.

The S1080 is also equipped with a 10 inch screen, 2GB of RAM, a 320GB hard drive, together with a 1.3 megapixel webcam, USB 3.0 connection, 802.11b/g/n WiFi, Bluetooth 3.0, SD card reader and Ethernet port, but lacks a HDMI port and surprisingly has a VGA port to connect to external displays. 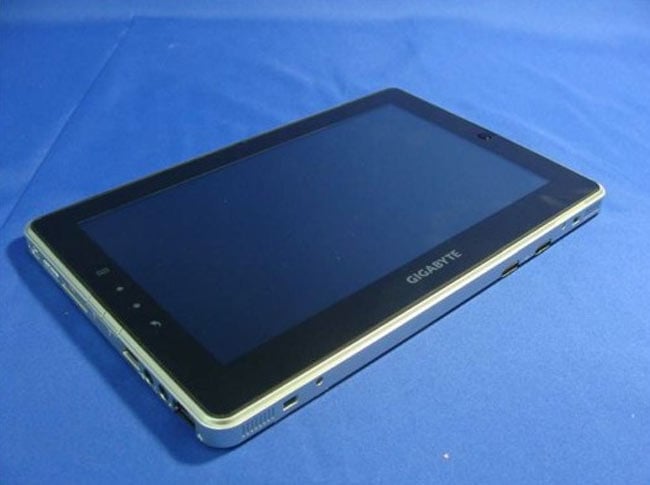 Unfortunately no information on pricing or worldwide availability  for Gigabyte’s S1080 wireless tablet has been released as yet, but as soon as it becomes available we will let you know.