Gigabyte has this week introduced a new addition to their range of motherboards, with the unveiling of their new Gigabyte E350N USB3 Mini-ITX motherboard, which is based on AMD’s E350 APU paired with an A45 chipset.

The new Gigabyte E350N USB3 Mini-ITX motherboard has been designed to fully support Microsoft’s latest Windows 8 operating system and is equipped with AMI EUFI BIOS, which allows Windows 8 to use Fast Boot. 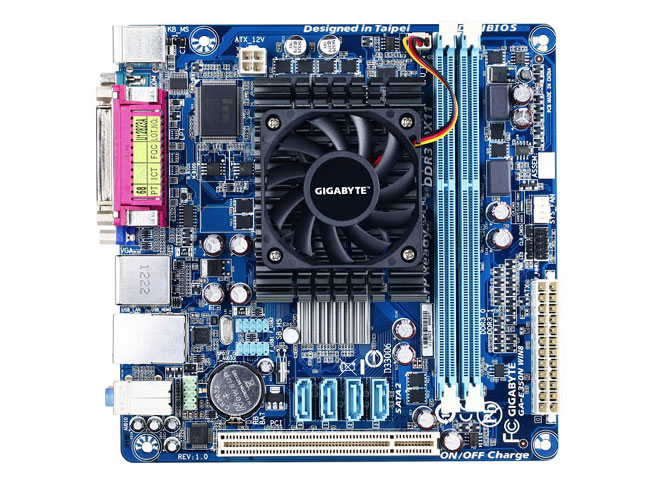 The Gigabyte E350N USB3 Mini-ITX motherboard is equipped with two cores clocked at 1.6 GHz which can be supported by up to 16 GB of DDR3 memory, and is also fitted with 4 x SATA2 ports, 4 x rear USB 2.0 ports and 2 x headers for another 4 x USB 2.0 ports, stereo analogue audio, VGA output, 1 x HDMI, 1 x Gigabit LAN and standard PS/2 connectors.

The new Gigabyte E350N USB3 Mini-ITX motherboard is expected to sell for under $100, but no official prices or worldwide availability details have been released as yet by Gigabyte.