A new larger-than-life 3D printer has launched this week, Kickstarter crowdfunding website in the form of the new Gigabot 3D Printer. Which has been created to provide an affordable large format 3D printer for the home or small business.

The new Gigabot 3D Printer has been created by re:3D based in Austin Texas, and is the first large-format 3D printer designed for the home. 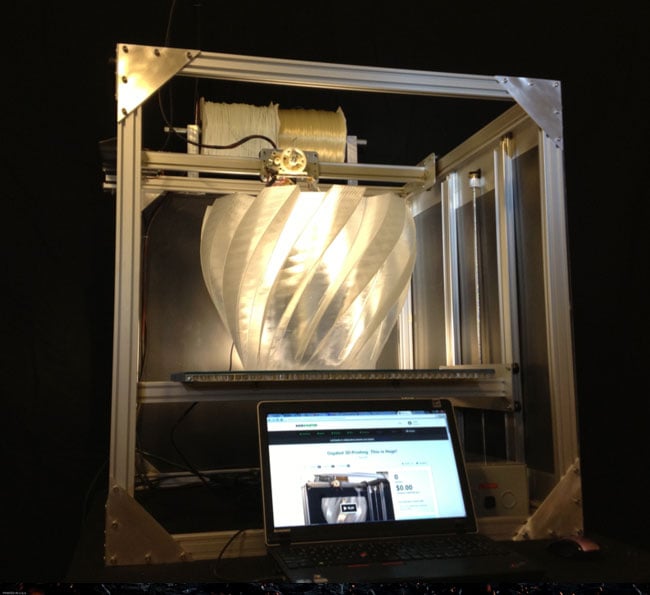 “It’s not only about taking the amazing technology of 3D printing and amplifying it. If we’re successful, we can envision entire markets opening up to use this technology. Markets which have struggled to maintain the status quo, let alone use some of the cutting-edge technology that for the rest of the world is an overnight delivery away. We believe that by making a production-quality model of our 3D printer, and putting it in the hands of small businesses anywhere on the planet, will give them the flexibility to sustain their community, their business, and ultimately, the world we live in. “

So if you think Gigabot 3D Printer is something you could benefit from, visit the Kickstarter website now to make a pledge and help Gigabot become a reality. Its currently over half way towards its goal and has raised $28k from its $40k goal already with 59 days to go.