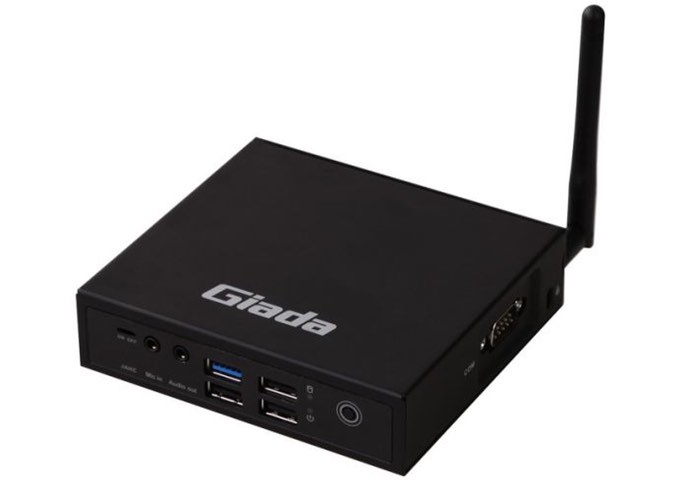 Following on from the launch of their F200 mini PC system back in August Giada has this week unveiled a new addition to their range which builds on previous systems and now includes an Intel Cherry Trail processor.

The new Giada F210 is fitted with a fabulous cooling system and the quad-core Cherry Trail processor can be supported by either 1 or 2GB of RAM and 8 or 32GB of onboard eMMC storage.

The small desktop mini PC is also equipped with an mSATA port for additional storage, a microSd card slot, and a mini PCI Express card slot together with connectivity via built-in Wi-Fi and Bluetooth. Optional 3G card is also available if preferred.