Ubisoft has created a 23 minute live action short film, which is a prequel to the new Ghost Recon Future Soldier game story. The new short film features the the four playable characters from Future Soldier, and the setting within the film will also be a map within the new game. 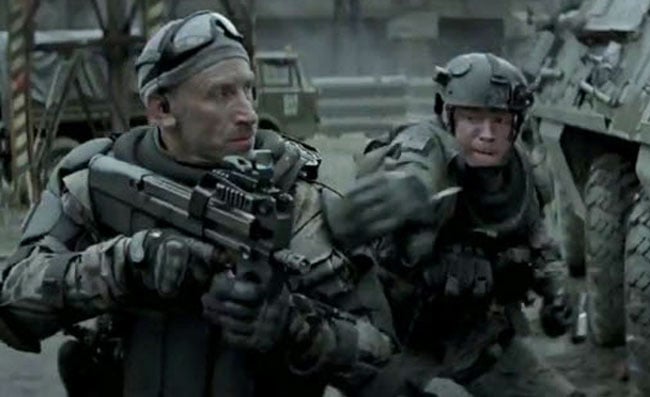 To unlock the new map keep your eyes open whilst playing for a secret weapon unlock code somewhere in the Ghost Recon Alpha’s running time. “Members of the Alpha Squadron, and members of the U.S. armed forces, go after a war criminal in the near future Eastern Europe.” Enjoy!

“Tom Clancy’s Ghost Recon Alpha boasts a line-up of top Hollywood talent. The film was directed by Academy Award winners Hervé de Crécy and François Alaux, who won an Oscar in 2010 for Logorama, and produced by Rhea Scott for Little Minx, a Ridley Scott & Associates company.

Military Weapons Specialist Harry Humphries, consultant on such notable action films such as Transformers, Thor, Iron Man and Armageddon, ensured that the futuristic weaponry in the film was entirely realistic.”